The Blog A Gemstone Guide with Lily B. 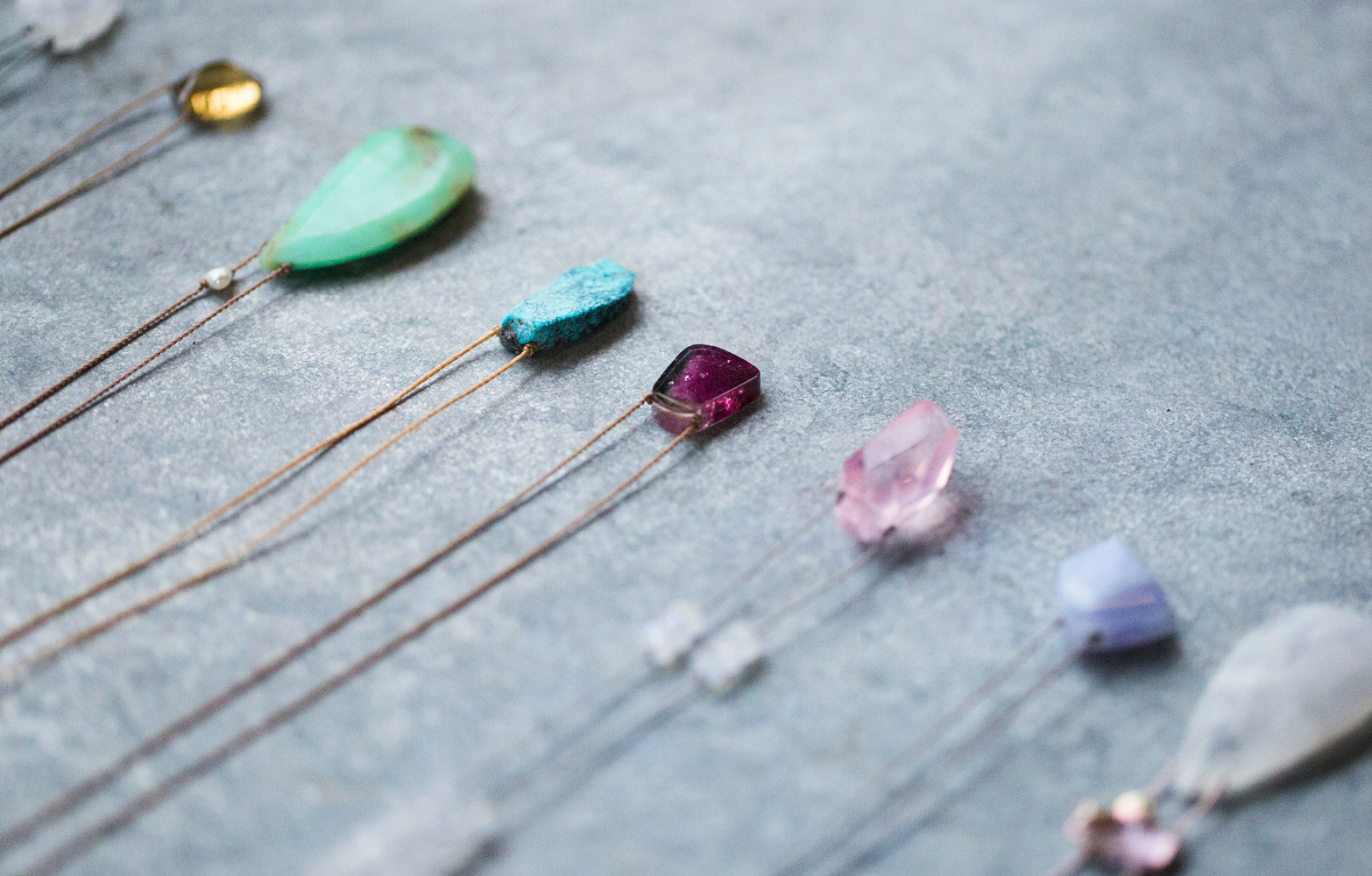 Newly arrived in our jewelry shop, the necklaces above are the latest gemstone beauties from Lily B. & Co. With a background in environmental science and wildlife conservation, Lily has a deep appreciation for the natural world-- an interest reflected in her choice of remarkable stones from across the globe. While these necklaces are perfect standalone pieces, we especially love to wear them layered together in complementary groupings. We recently dug into the history and symbolism of these striking stones, and Lily shared some of her best pairings.

Moonstone & Pearl Couplet: Noteworthy for its light-catching color, moonstone has been a prized gem for centuries. Ancient Romans believed it was shaped from solidified rays of the moon. In more modern times, moonstone experienced a revival in popularity with Art Nouveau jewelry. Moonstone is also known as the "Traveler's Stone," symbolizing protection and good fortune. Layer with: Clear Sky Quartz, Pearl Pathway

Periwinkle Chalcedony Nugget: Naturally occurring in shades from white to deep brown, chalcedony has been found in artifacts dating back to the Bronze Age. This gem is actually a type of quartz, made up of extremely tiny crystals. Blue chalcedony is associated with calming and balance, reflected in its soothing shade. Layer with: Pearl & Chrysoprase Duo, Olive Quartz Droplet

Polished Watermelon Tourmaline Slice: Named for its bands of green, white and deep pink, watermelon tourmaline is a surprising natural beauty. It is traditionally associated with healing and balance. Layer with: Rose Quartz & Moonstone Amulet

Arizona Turquoise Slice: The southwestern United States has long been a significant source of turquoise, with mines dotting California, New Mexico, Nevada, Colorado, and Arizona. Its prevalence in these regions made it an important stone for Native Americans, from the ancient Aztecs to the Pueblo, Navajo and Apache tribes. Turquoise traditionally symbolizes protection, especially when given by a friend or loved one. Layer with: Aquamarine Dewdrop

Pearl & Chrysoprase Duo: Chrysoprase takes its name from two Greek words: chrysos for gold, and prasinon for green, a color the stone derives from traces of nickel. This apple-green gem symbolizes abundance and prosperity. Like moonstone, it was a popular stone during the Art Nouveau period, when it was incorporated into Egyptian Revival jewelry. Layer with: Periwinkle Chalcedony Nugget, Olive Quartz Droplet