The Blog The Fascinating History of David Austin Roses 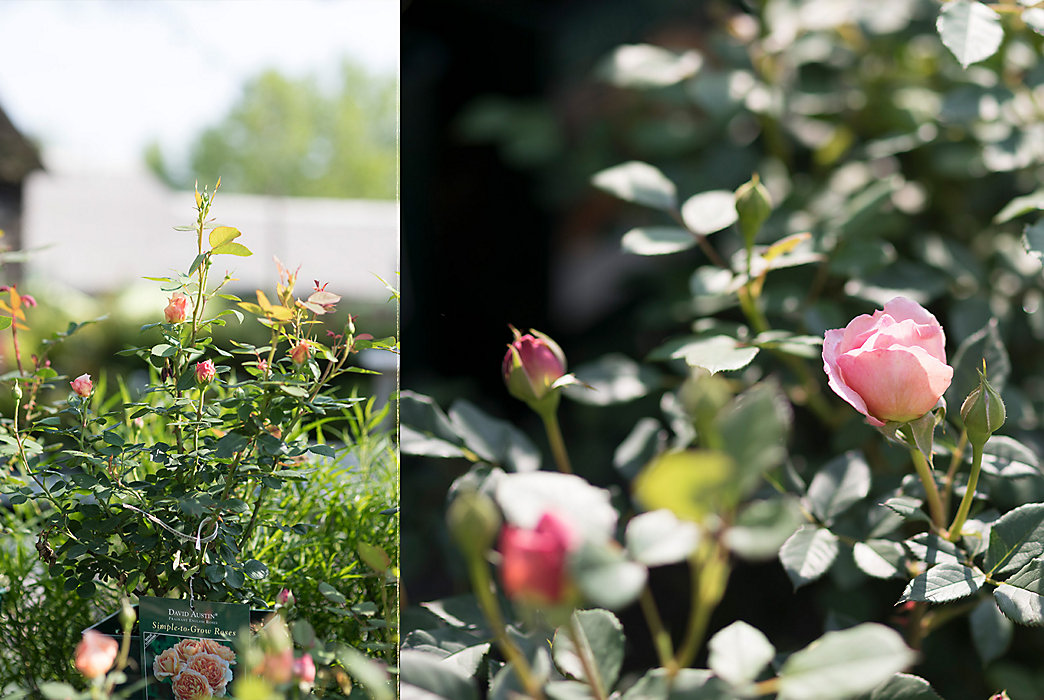 A lush, flowering rosebed is the crowning glory of the garden - these classic beauties offer an enchanting world filled with endless colors, scents, and sizes to try. But not all roses are created equal. In fact, some breeds are so special, they take almost a decade to create. Such is the case for the 900 varieties offered by David Austin Roses, an England-based rose breeder and terrain favorite. We chatted with Rebecca Reid, rose expert and US representative for David Austin Roses, to learn more about the fascinating history of these hybrid roses, where to start if you’re new to rose gardening, and the one mistake most gardeners make (and how to avoid it!).

terrain: Can you tell us a little bit about the history of David Austin Roses?

Rebecca: In the 40's, as a teenager, Mr. Austin was fascinated with roses, but when his sister gave him A. E. Bunyard's Old Garden Roses for his 21st birthday, he took action. His love was for the Old Roses (whose colors were primarily whites, blush, pink, and soft red), but the modern Hybrid Tea roses were growing in popularity. They offered a wider color range and repeat flower. David Austin had the brilliant idea to cross the two - to create a completely new rose - one that had the beauty and fragrance of the Old Roses, with the benefits of the modern roses.

terrain: David Austin Roses are obviously incredibly special. Can you tell us what sets them apart from other roses out there?

Rebecca: The extensive breeding. Our roses are bred for not only fragrance, but disease resistance, repeat bloom, grace, and charm. From pollination to sale, the process takes nine years! For each new rose released, roughly 120,000 unique roses have been grown for research. Most roses in the collection have large, densely petalled blooms and the collective group is known as English Roses. 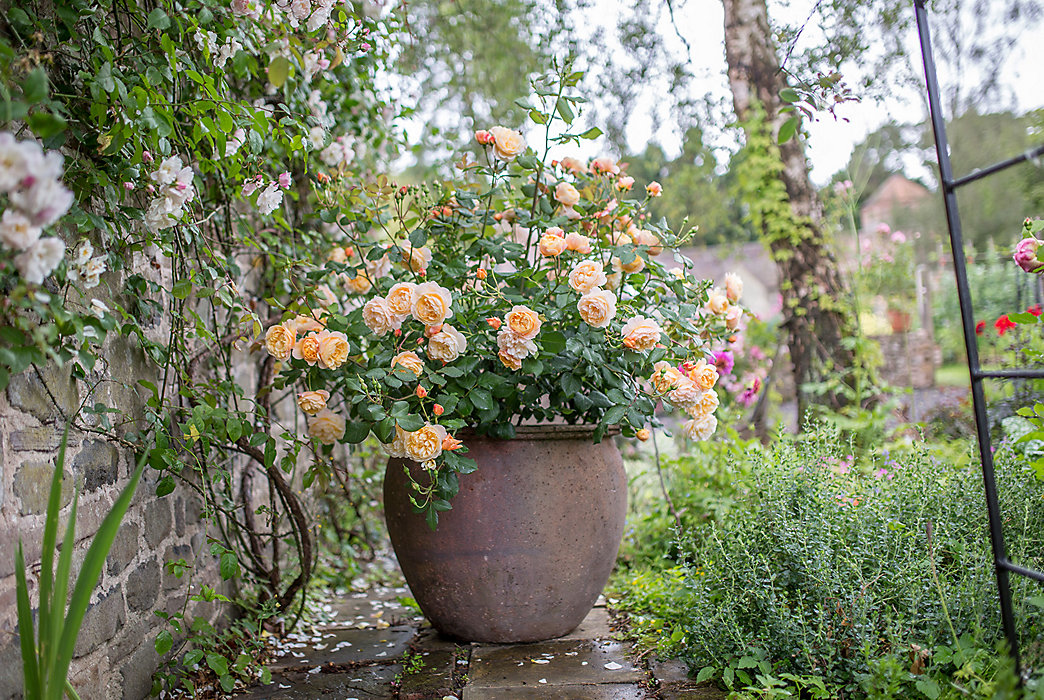 
terrain: How do David Austin Roses get named? They’re all so romantic and lovely sounding!

Rebecca: Mr. Austin is a huge fan of British literature. Some roses are named after Shakespearean characters, others the surrounding British landscape, castles, royalty, and notables. Gertrude Jekyll, one of our most fragrant roses, is named for famed the garden designer and Munstead Wood, her garden. Other honor family members. Olivia Rose Austin, a newer introduction, is considered one of Mr. Austin's best introductions to date.

terrain: For those gardeners who might be intimidated about dipping their toe into the world of roses – what advice do you have?

Rebecca: Don't be afraid! A rose in merely a flowering shrub. People are terrified of pruning. The more you prune, the more flowers you get. You cannot kill a David Austin Rose by pruning it incorrectly. You don't have to open up the center - they are not hybrid teas. You don't have to obey the 'cut just above a five-leaflet leaf' rule. Many of the rose rules were created by gardeners who grew roses for exhibition. Once established, roses can be very drought tolerant - so back off on watering once your rose is established.

terrain: Do you see a recurring trouble spot that many gardeners have when it comes to roses? How can they remedy that?

Rebecca: Everyone thinks roses must have 6-8 hours of full sun. David Austin Roses will flower in four hours of sun. This is key: Plant them where they will get morning sun that transitions into afternoon sun or shade. Never plant a rose (ours or anyone else's) where it gets no sun in the morning and then gets full sun in the afternoon. It's too intense and the rose will stress. Don't forget to feed: roses that bloom a lot - and ours do - benefit from an initial feeding when leaves appear, and immediately after each flush of blooms. And lastly, DON'T OVER WATER!

Ready to take the rose plunge in your own garden? Contact the local terrain store to check on availability near you!